INTERPARLIAMENTARY CONFERENCE ON STABILITY, ECONOMIC COORDINATION AND GOVERNANCE IN THE EUROPEAN UNION

The conference aims to strengthen the cooperation among national parliaments and the European Parliament, as well as to enhance the democratic accountability of governance in the field of economic and budgetary policies of the EU, especially in respect to the Economic and Monetary Union, taking into account its social aspects and without prejudice to the competences of national parliaments.

PRESIDENT OF THE NATIONAL ASSEMBLY

Tsveta Karayancheva started her political career as a municipal councilor in the town of Kardzhali. She was elected Member of the 41st, 42nd and 43rd National Assembly. She has been a Member of the standing parliamentary committees on regional policy, public works and local self-government, agriculture and forestry, and labor and social policy. She was elected Vice President of the Parliament within the current 44th National Assembly. On 17 November 2017 she was elected President of the Bulgarian Parliament. She is the Head of the National Assembly Delegation to the Interparliamentary Union as well as of the Delegation to the Parliamentary Assembly of the South-East European Cooperation Process.

President of the European Parliament 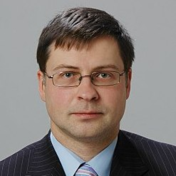 Vice–President of the European Commission for the Euro and Social Dialogue, also in charge of Financial Stability, Financial Services and Capital Markets Union

Valdis Dombrovskis is a Latvian politician born on 5 August 1971 in Riga. He graduated with a degree in physics from the University of Latvia (1996) and economics from the Riga University of Technology (1995). He was Latvia’s Minister of Finance from 2002 to 2004 and served as Prime Minister of Latvia from 2009 to 2014. Valdis Dombrovskis has served as Vice – President of the European Commission for the Euro and Social Dialogue since November 2014. He has also been in charge of Financial Stability, Financial Services and Capital Markets Union since 2016. 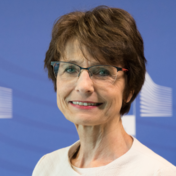 Marianne Thyssen is Commissioner for Employment, Social Affairs, Skills and Labour Mobility. Her portfolio includes overseeing European Union policy on employment, social affairs, vocational training, skills, labour market reforms and social inclusion, including workplace equality legislation. She is also responsible for the statistical office of the European Union (Eurostat). She studied Law at the Catholic University of Leuven where she had her first job at the Law Faculty. Prior to her political career, she was working for UNIZO for more than 10 years (SME representative organisation). After that, she served as a Member of the European Parliament (1991-2014) and as Vice-Chair of the Economic and Monetary Affairs Committee. Marianne Thyssen was also the party leader of the Flemish Christian-Democratic Party (CD&V) and the First Vice-President of the EPP Group in the European Parliament. She was elected Vice-President of the European People's Party in October 2015. 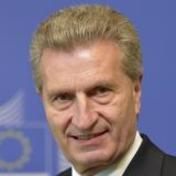 Chair of the Committee on Budget and Finance

Menda Stoyanova has been a member of the Bulgarian Parliament since 2009. She is Chair of the Committee on Budget and Finance within the mandate of the 41st, 43rd and 44th National Assembly. Over the years she has proven herself as a respected professional in the field of taxation and public finance. She holds a Master’s degree from the University of National and World Economy in Sofia, Bulgaria. Her professional career began in the Tax Administration as an expert, where gradually she achieved the distinguished position of Director of the Territorial Directorate of the National Revenue Agency in Plovdiv, Bulgaria. Later she became Director of the Regional Directorate in Plovdiv, which oversees the activities of the Territorial Directorates of the National Revenue Agency in Plovdiv, Smolyan, Kardzhali, Haskovo, Stara Zagora, Pazardzhik. She has participated in many international projects and trainings in the field of taxation and public finance.

Chair of the Committee on Economic Policy and Tourism

Chair of the Committee on Labor, Social and Demographic Policy

Deputy-Chair of the Committee on Budget and Finance

Evgeniya Angelova is second term member of the Bulgarian Parliament from GERB/EPP, elected from the Haskovo region. She is Deputy Chair of the Budget and Finance Committee and member of the Foreign Policy Committee. In the 43-th National Assembly she was a member of the Committee on European Affairs and Oversight of the European Funds. Ms. Angelova is Chair of the Friendship Group Bulgaria-Spain in the 44th National Assembly and main representative of the National Assembly Delegation to the Delegation to the Parliamentary Assembly of the South-East European Cooperation Process. She acquired Master of Business Administration (MBA) degree from the University of Miami, specializing in Finance and Marketing. In addition, she has another MBA from the American Intercontinental University in London, UK, specializing in International Business. She completed her Bachelor of Business Administration (BBA) degree at Pace University, New York, NY, specializing in International Management with concentration Europe. She is a graduate of the Bulgarian School of Politics, class of 2016. 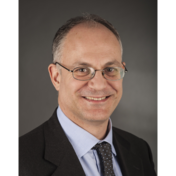 MEP, Chair of the Committee on Economic and Monetary Affairs and Member of the Brexit Steering Group of the European Parliament 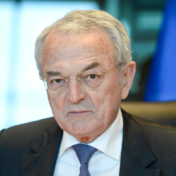 Chair of the Committee on Budgets (BUDG), European Parliament (EP)

Jean Arthuis was born on 7 October 1944 in Saint-Martin-du-Bois (Maine-et-Loire) and graduated from the École supérieure de commerce in Nantes (Nantes business school) and the Institut d'études politiques (Institute of political studies) in Paris. He is a chartered accountant and founder of a firm specialising in accountancy and handling financial hearings. He was a member of the Senate from 1983 to 2014, served as general rapporteur for the budget from 1992 to 1995, chaired the Centrist Group from 1998 to 2002 and the Finance Committee from 2002 to 2011 and was mayor of Château-Gontier from 1971 to 2001. He was also President of the Conseil général de la Mayenne (Mayenne regional council) from 1992 to 2014, a post which he relinquished in order to devote himself fully to his mandate as MEP. He served as secretary of state to the labour minister from March 1986 and from January 1987 to the Minister for the economy, finance and privatisation, with responsibility for consumer affairs and competition (until May 1988). He was Minister for the economy and finance from 1995 to 1997, during which time he laid the groundwork for the changeover to the single European currency. In 2011 he was asked by the prime minister, François Fillon to examine the future of the euro zone. His report, entitled The future of the euro zone: political integration or chaos, was published in March 2012. In July 2017, he was appointed Employment Minister’s Special Representative responsible to develop Erasmus-Pro for Apprentices. 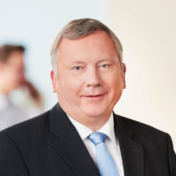 Member of the Committee on Budget of the German Bundestag

Norbert Brackmann has been an elected member of the German Bundestag since 2009. Since then he has been a member of the Budget Committee. He has been the Spokesman of the CDU/CSU parliamentary group in the Budget Committee since 2015. During the 18th electoral term of the Bundestag, 2013 - 2017, he was Chairman of the Federal Finance Panel established under Section 3 (1) of the Act on Federal Debt Management, which is responsible for the parliamentary control of the federal state shareholdings. He started his political career in the County Board Lauenburg, Germany, where he is still Spokesman of the CDU parliamentary group. He graduated in law at Albrechts-Universität Kiel and worked as a lawyer at Norddeutscher Rundfunk (Northern German Broadcasting), i.a. as division head of the New Media section. He is also a licensed paramedic. 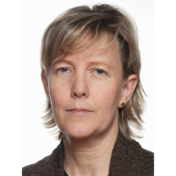 Member of the Committee on European Affairs of the Portuguese Parliament

Minister of Finance (2013-2015), and Secretary of State for Treasury (2011-2013), when she acted as Deputy Finance Minister in external matters, including alternate in Eurogroup and Ecofin. First elected as MP in 2011, again in 2015. Non-Executive Director for Arrow Global since March 2016. Head of Issuing and Markets at the Portuguese Debt Management Agency (2007-2011), Director of Financial Management of the railway infrastructure public company (2003-2007). Degree in Economics, Masters Degree in Financial and Monetary Economics. Lecturer at Universidade Lusíada (1991-2006). 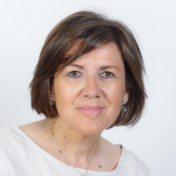 Member of the Committee on Economy, Industry and Competitiveness of the Spanish Senate 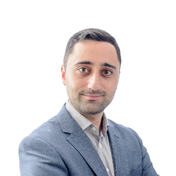 Member of Parliament in the Dutch House of Representatives

Mahir Alkaya (1988) was a candidate for the Socialist Party in the House of Representatives elections in 2017. He has had years of experience as civil servant for international affairs at the Ministry of Economic Affairs. Mr. Alkaya lives in Amsterdam and has a degree in industrial designing. As a member of parliament, since January 2018, he occupies himself with economic affairs, industrial policy, innovation, ICT and trade agreements.

Chairman of the Committee on European Affairs of the Croatian Parliament

Domagoj Ivan Milošević is a Croatian politician and businessman currently serving as the Chairman of the European Affairs Committee in the 9th term of the Croatian Parliament. He is the former Deputy Prime Minister of Croatian Government in charge of investments, supporting foreign and local investors, improving business and investment climate in Croatia and local legal framework in the 2010/2011 period. This Government finished negotiation process with EU in mid-2011. Milošević was elected Member of the Croatian Parliament for three consecutive times, in Croatian Parliamentary elections in 2011, 2015 and 2016. During his parliamentary career Milošević, among other functions, served as the Chairman of the Committee on the Economy. Milošević has also a successful business career in different medium and small enterprises, ranging from fire safety to construction and development sector. He is a founding member of the Croatian Exporters Association and served as the President of the Supervisory Board of Croatian Employers Association and member of Business Advisory Council for South East Europe by Regional Cooperation Council. Milošević obtained his degree of Doctor of Medicine from Zagreb School of Medicine and the degree of Master of Business Administration from Bled School of Management. 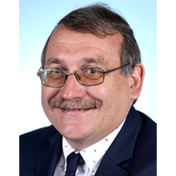 Joël Giraud is a graduate of the Higher National School of Posts and Telecommunications (ENSPTT) and of the Higher School of Administration (ENA). He made a professional career at the supervisory and control structures of the Ministry of Economy and Finance. Since 1989 he has been Mayor of L'Argentière-la-Bessée, a municipality in the Alps. In 2002 he was elected as Member of Parliament from the "Radical Party of the Left" (Parti Radical de Gauche), reelected in 2007 and 2012. In 2017 he was elected Member of Parliament from the "Republic on the Move" (La République En Marche) party. From 2004 to 2014 he was deputy chairman of the Provence-Alpes-Côte d'Azur Regional Council. He has, and is currently occupying, a number of responsible positions with the authorities in charge with the development of mountainous regions, such as the Alpine Committee and the National Mountain Council (CNP). Since 2017 he has been General Rapporteur of the Finance Committee at the National Assembly of France.

Parliamentary Dimension Coordinator, Bulgarian Presidency of the Council of the European Union Department

Advisor, Bulgarian Presidency of the Council of the European Union Department