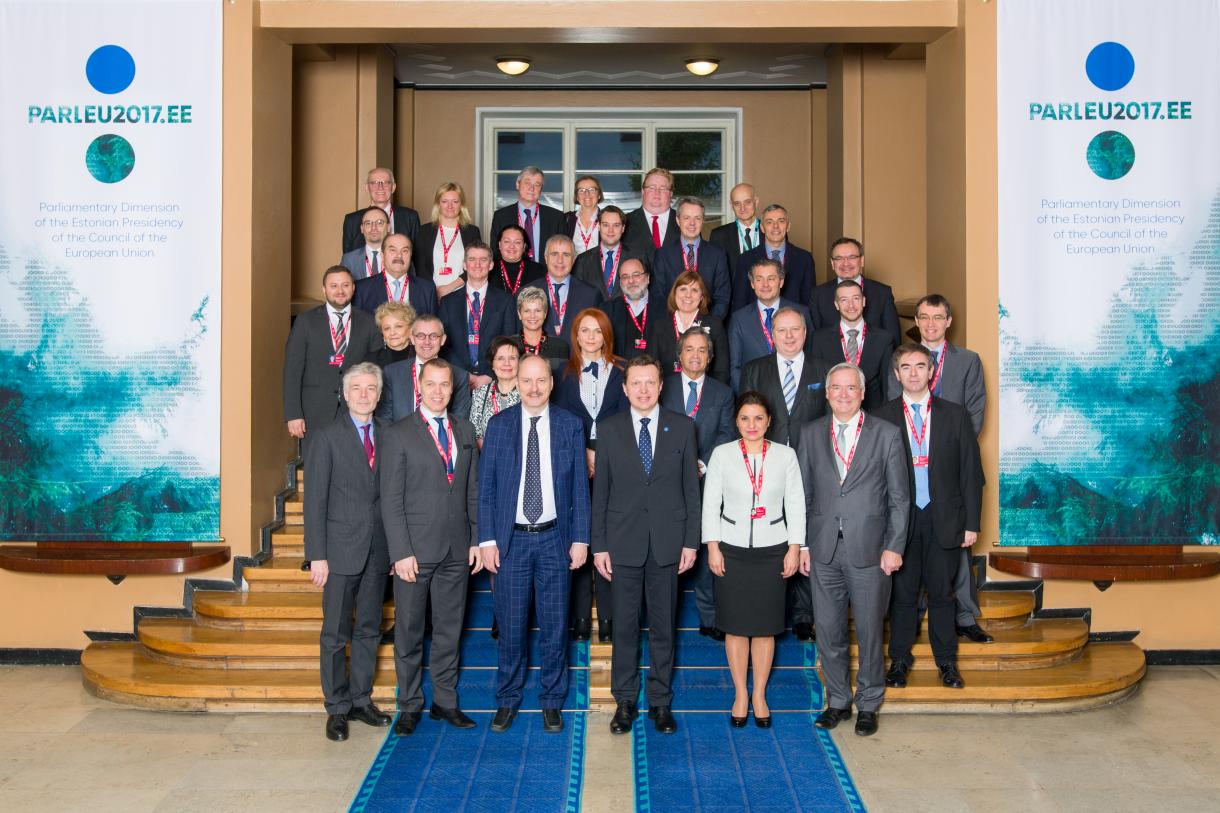 The Secretary General of the National Assembly, Ms Stefana Karaslavova, was a keynote speaker at the Meeting of the Secretaries General of the European Union Parliaments in Tallinn, Estonia on 28-29 January 2018. The conference is a regular Parliamentary Dimension event, conducted at the beginning of each calendar year in the Member State, holding the rotating presidency of the EU Council in the second half of the previous year.

In her speech, the Secretary General presented to the audience the Parliamentary Dimension of the Bulgarian Presidency of the Council of the EU. It includes six major interparliamentary conferences, one of which has already taken place on 21-22 January 2018, in Sofia. Ms Karaslavova emphasized that Bulgaria is taking over the Presidency in a key moment for the Union's future. The White Paper with the 5 scenarios of the European Commission President, Mr. Jean-Claude Juncker; Brexit; the start of negotiations on the new Multiannual Financial Framework (2021-2027), and the discussion on Cohesion Policy, Migration and Security are important topics falling within the time frame of our first Presidency, she said.

The Secretary General of the National Assembly pointed out that Bulgaria is given the unique chance to be not only at the epicentre of events but also to prove itself as a worthy and active member of the European Union eleven years after its EU accession. Through the National Assembly a large number of Bulgarian citizens have the opportunity to get involved in the debate on the future of the Union and to learn about different aspects of the European agenda, Ms Karaslavova added.

In a Resolution of 1 December 2017, the National Assembly of the Republic of Bulgaria expressed its in-principle support for the declared priorities of the Program of the Republic of Bulgaria for the Presidency of the EU Council, sharing the main messages for Consensus, Competitiveness and Cohesion, as well as the motto "United we stand strong" written on the facade of the National Assembly building, noted the Secretary General.

Preparation for our first Presidency started at the National Assembly as early as the middle of 2015, said Ms Karaslavova. Close cooperation and interaction with the Ministry for the Bulgarian Presidency of the Council of the EU is crucial for the ultimate success of the Parliamentary Dimension, she underlined.

The Tallinn conference was opened by the Estonian Parliament Speaker Mr. Eiki Nestor. Key speakers were also the European Parliament's Secretary General, Mr. Klaus Welle; the Secretary General of the Senate of the Netherlands, Mr. Geert-Jan Hamilton; and Ms. Kadri Kaska, Senior Analyst of the Information System Authority of Estonia.

The Secretary General of the Riigikogu (i.e. the Estonian Parliament), Mr. Peep Jahilo who chaired the event, said that the Secretaries General Meeting played an important role in the preparation of the Conference of Speakers of the Parliaments of the European Union, which will be held in Tallinn on 23-24 April 2018. The main topics of the Conference of Speakers will be the future and security of the European Union.

A short video from the event is available in English here: https://www.youtube.com/watch?v=suR8WdbEH_c