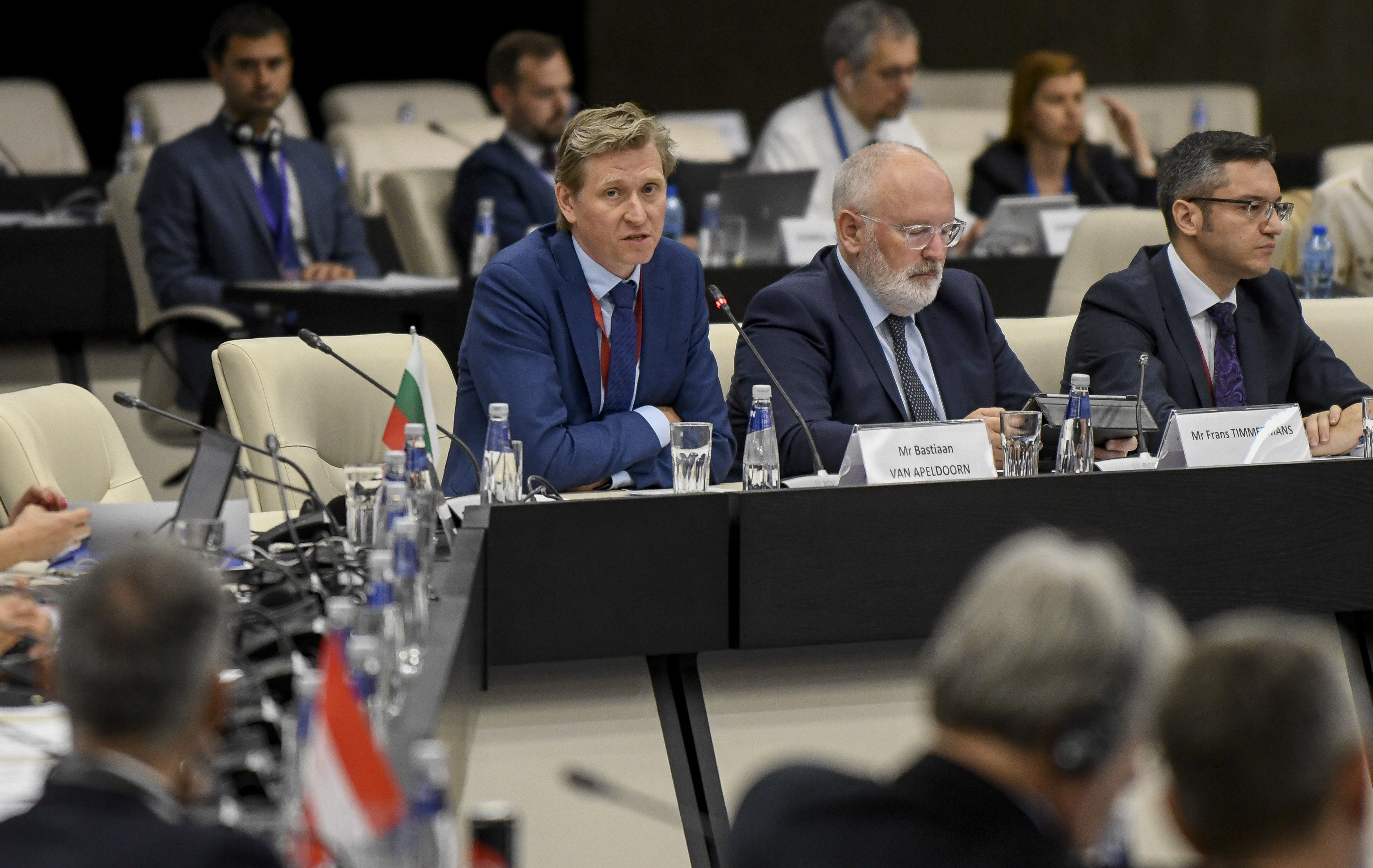 The Plenary Meeting of the Conference of European Affairs Committees of the EU Parliaments ended with the adoption of the forum’s Contribution. This is the last event of the Parliamentary Dimension of the Bulgarian Presidency of the Council of the EU. It was attended by delegations from the Parliamentary Committees on European Affairs of EU Member States and observers from EU partner countries.

“During the Bulgarian Presidency, we have worked intensively both in the Bulgarian Parliament and with the government and other institutions”, pointed out Kristian Vigenin, Chairman of the Committee on European Affairs and Oversight of the European Funds. “We had the ambition to show that we can effectively lead the European Union in the first Bulgarian Presidency of the Council of the EU, along with presenting our country, its nature, history, national spirit, achievements”, said Kristian Vigenin. He added that the format of the Conference of Committees on European Affairs of EU Parliaments is very important, and the key to the future of the European Union is the commitment of national parliaments. He urged to accelerate the exchange to make it even more effective.

In the adopted conclusions, LIX COSAC underlines the essential role of national parliaments in the functioning of the EU and attaches great importance to their good interaction with the European Parliament. As representatives of the European citizens, they have a key role to play in bringing the European agenda closer to people and in ensuring the effectiveness of the decision-making process, noted the representatives of the Parliamentary Committees on European Affairs of the EU Member States.

With regard to the principles of subsidiarity and proportionality, the participants in the meeting invite the European Commission to improve the quality of its responses to the contributions of national parliaments by providing clear and timely responses to their reasoned opinions.

Delegates welcomed the European perspective for the Western Balkans with a strong focus on the region's connections and the improvement of its ties with the EU Single Market as a strategic central priority of the Bulgarian Presidency of the EU Council.

LIX COSAC expresses its support for the goals, obligations and conclusions of the EU-Western Balkans Summit in Sofia and its intensive agenda for a better and more efficient infrastructure and digital connectivity. The delegates in the meeting call for people-to-people contacts and new opportunities to make the European perspective more accessible by creating significant benefits for people and businesses in the Western Balkans region and the EU. They also state that the introduction of the agenda adopted in Sofia should remain in the focus of the forthcoming presidencies of the Council.

COSAC underlines the importance of all regions benefiting from the Cohesion Policy, with the least developed ones remaining the main objective. COSAC delegates also call for improvement of the long and complex administrative procedures, the lack of flexibility in project management and the co-financing procedure.

In their view, particular attention should be paid to the development of transport infrastructure and the extension of the European transport network.

Among the main conclusions of the meeting is that the EU's social dimension needs to be strengthened, which is key to ensuring that Union citizens will identify with the Union and will see its benefits. COSAC supports a strong and secure European Pillar of Social Rights, which aims to promote and extend existing social standards and principles.

At the end of the meeting, Christian Buchmann, Head of the Austrian Bundesrat delegation, said that "A Europe that protects" is the motto of the Austrian Presidency. “We will focus on security and migration issues, increasing competitiveness, stability in the region, etc.,” he pointed out. “The Austrian delegation looks forward to the meeting of the Chairpersons’ COSAC in July and the Plenary COSAC in November”, Buchmann said.

The Chairperson of the Committee on European Affairs and Oversight of the European Funds, Kristian Vigenin, bestowed paintings to the representatives of Austria, Estonia and Romania. Those had been painted by artists from the National School of Fine Arts "Ilia Petrov" - Ron Aladjem, Sava Kochorapov, and the landscape painter Petar Tepsizov during the official reception at the National History Museum. 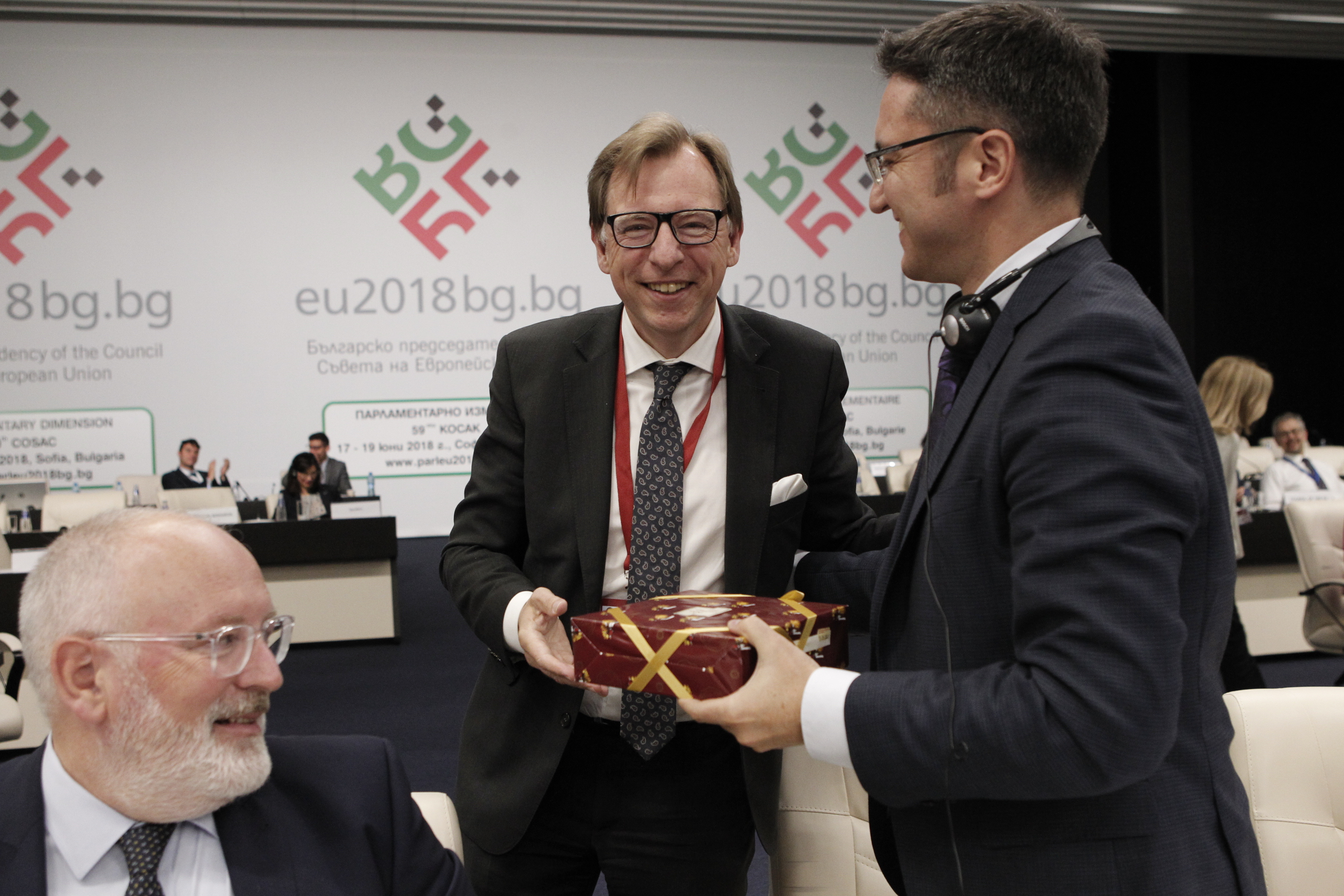 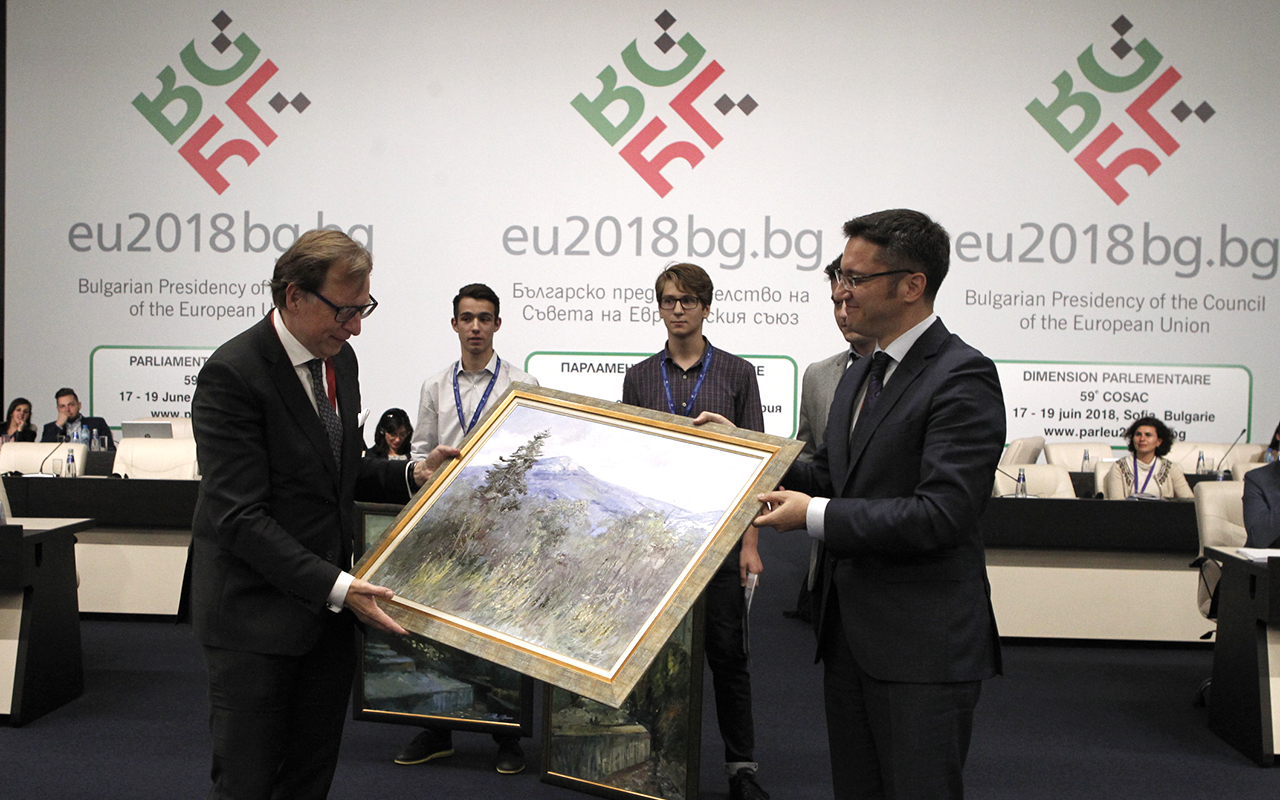 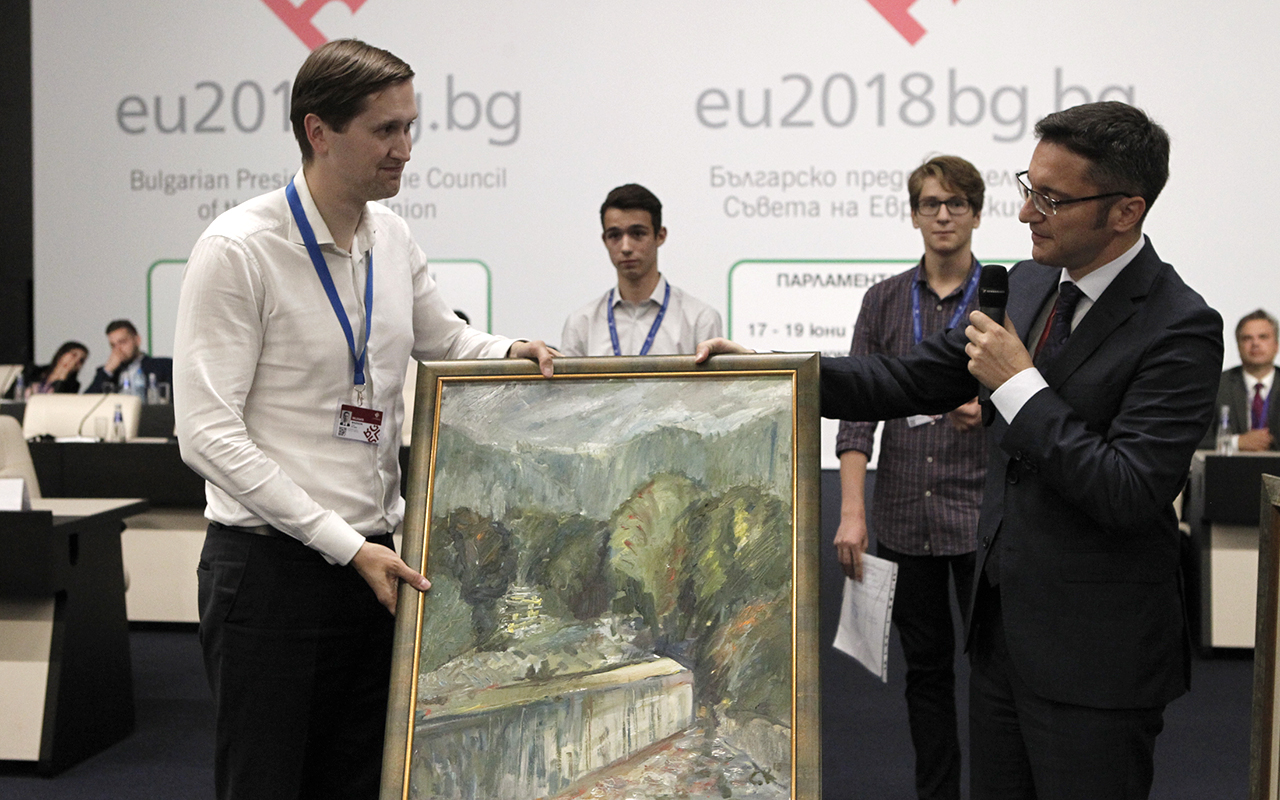 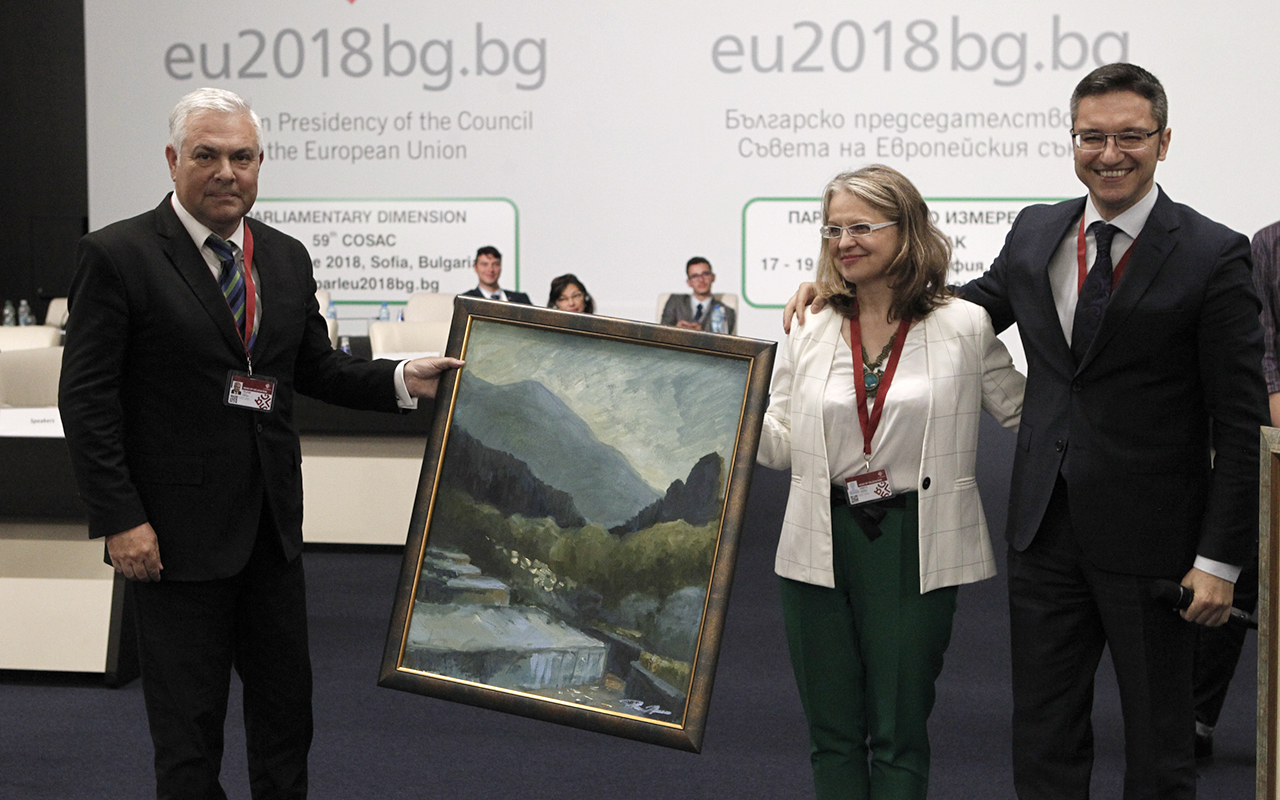 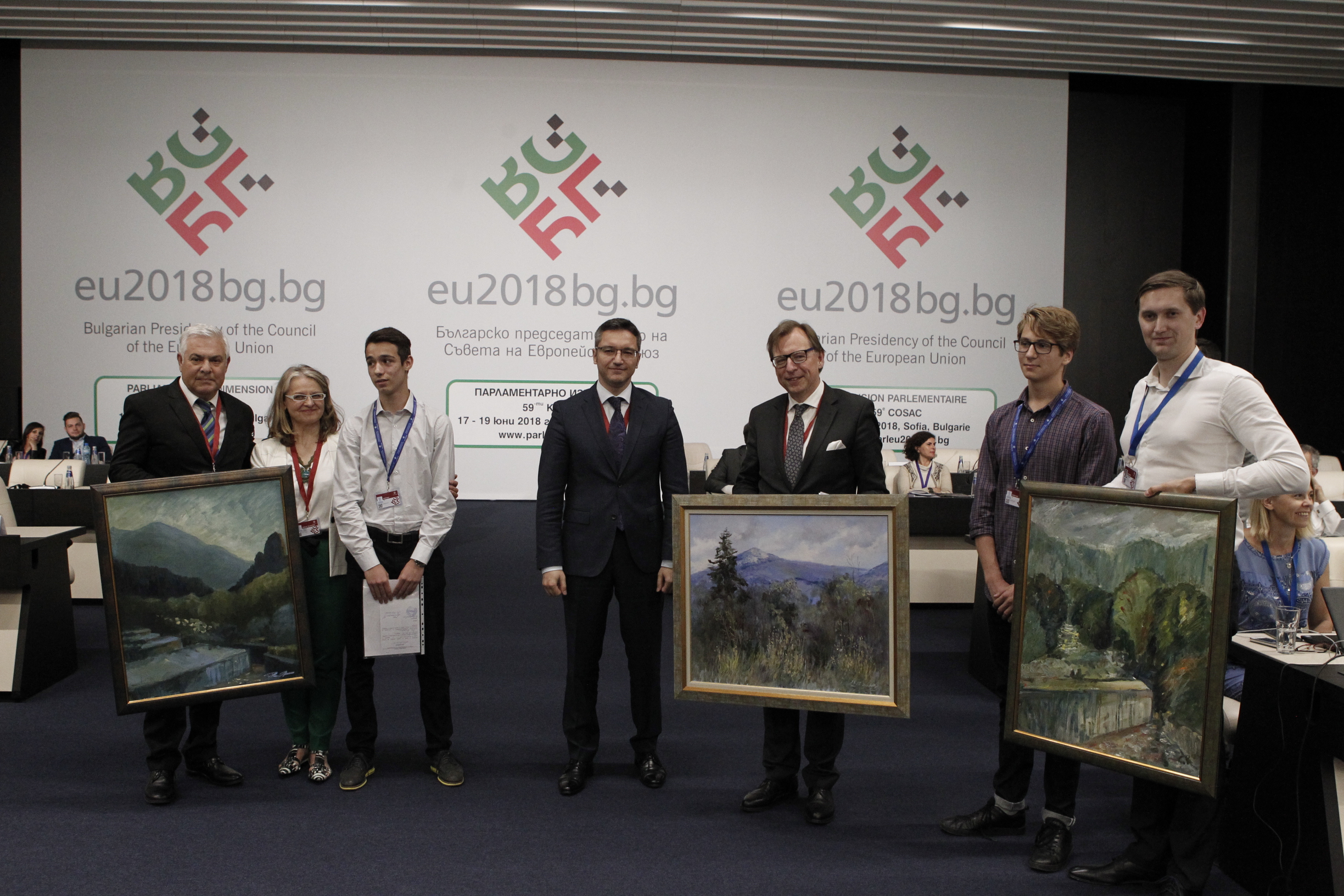 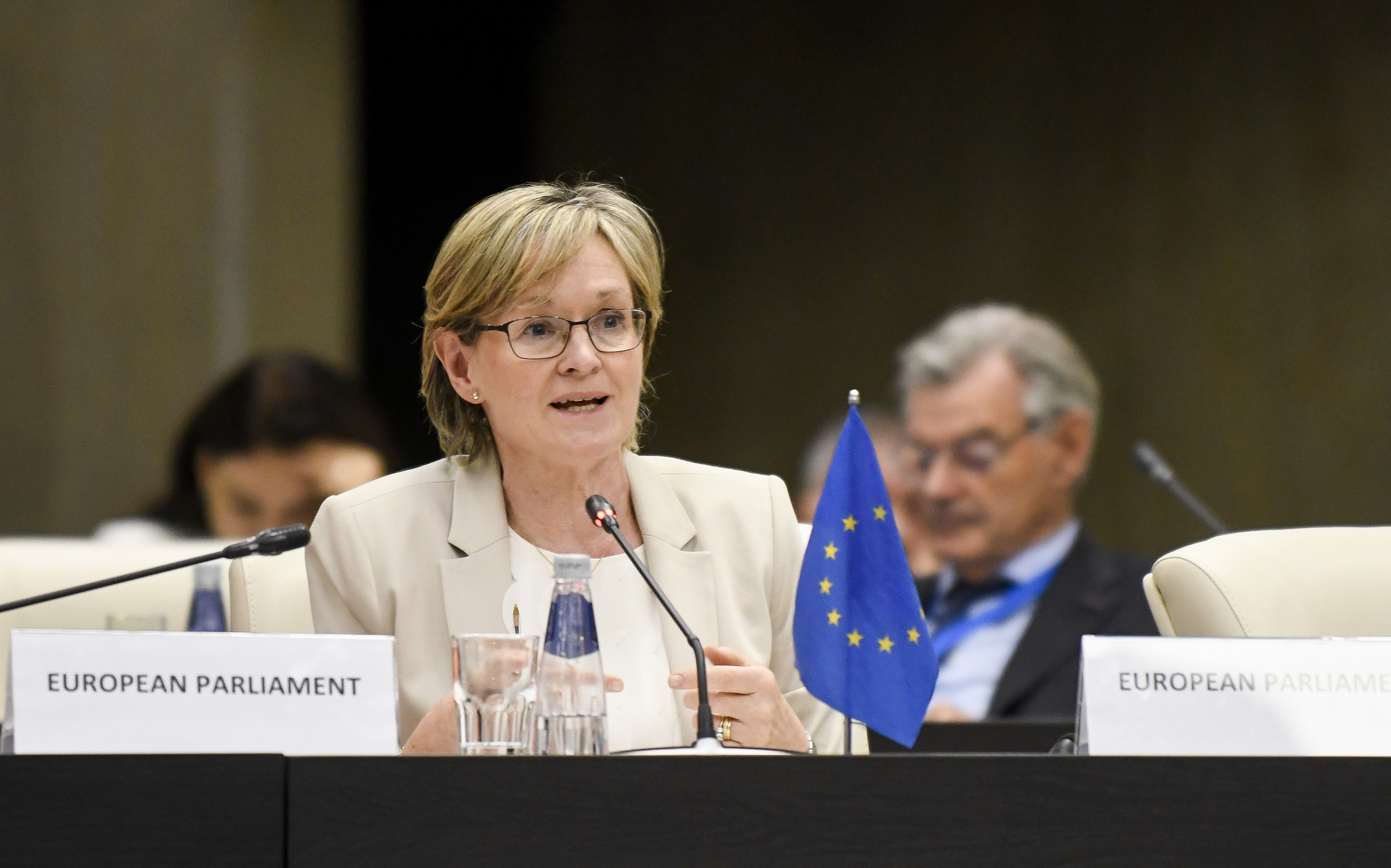 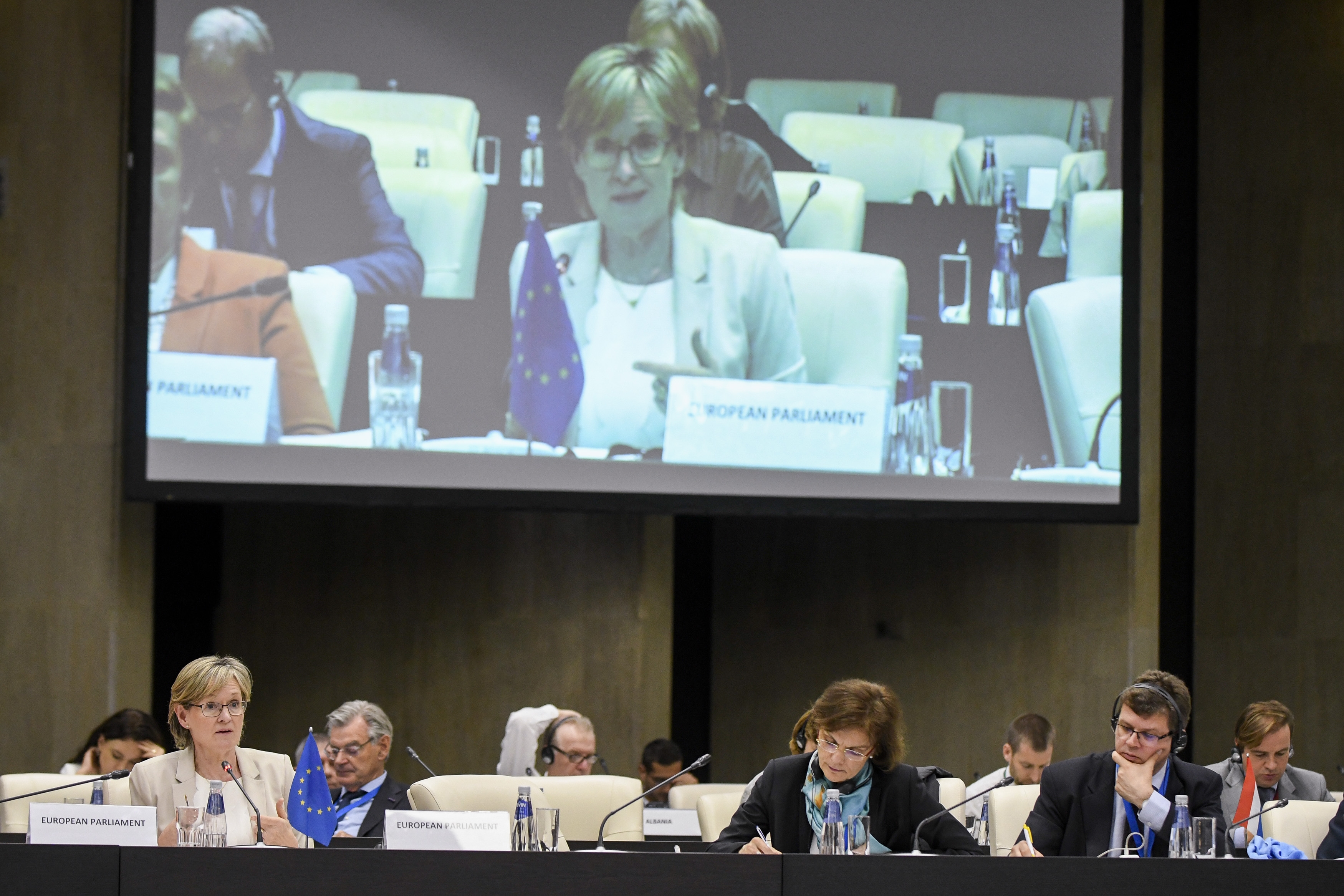 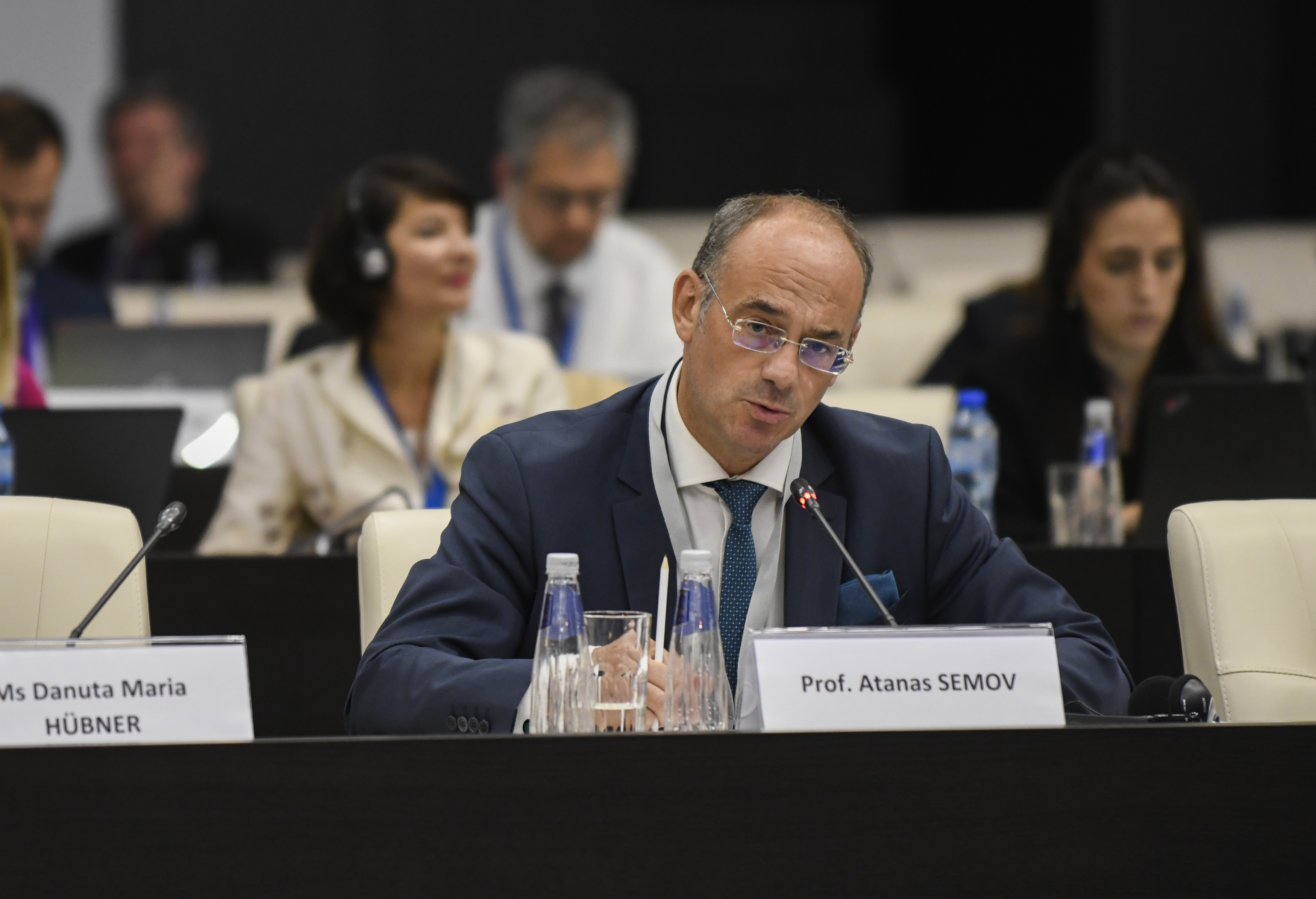 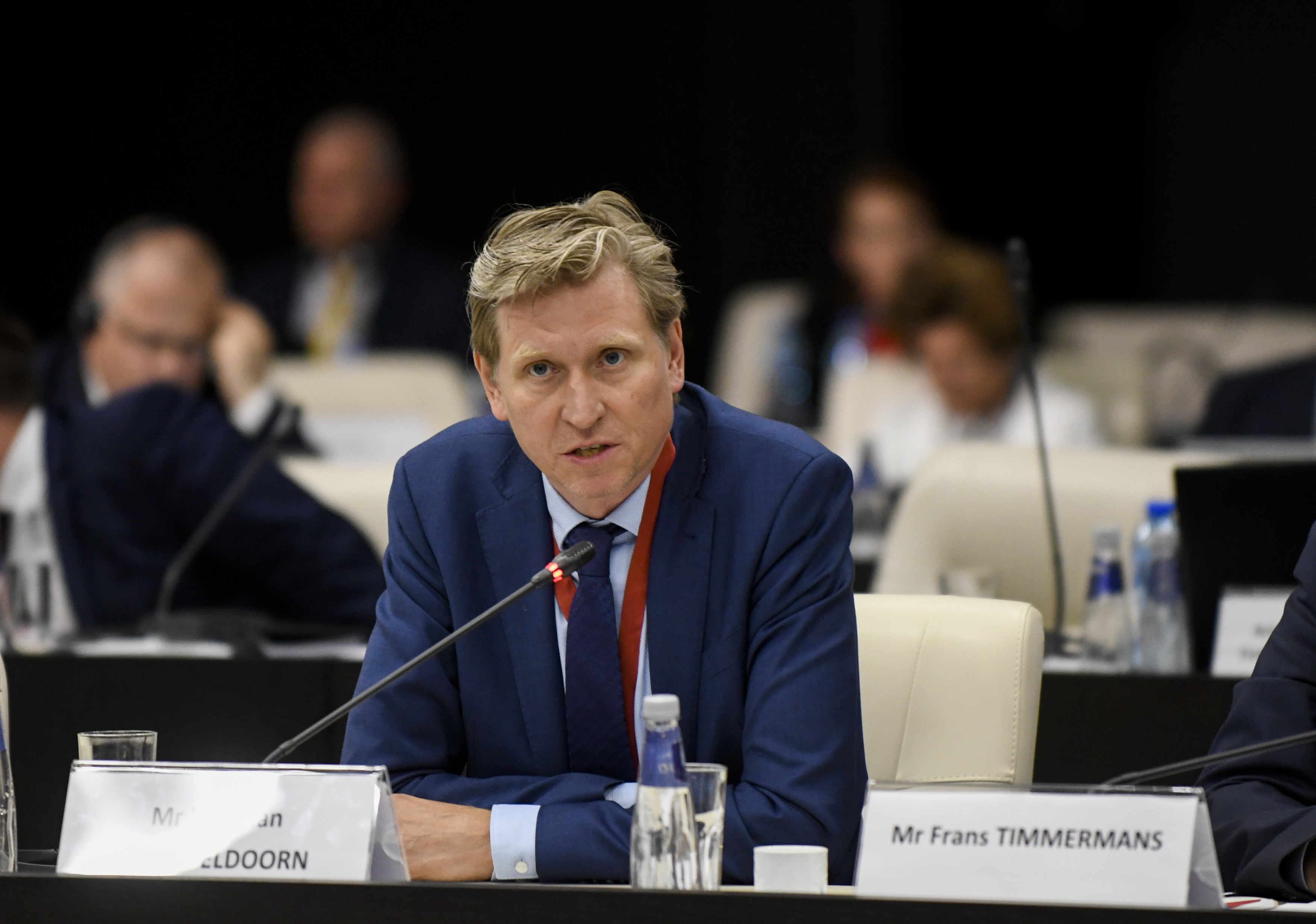 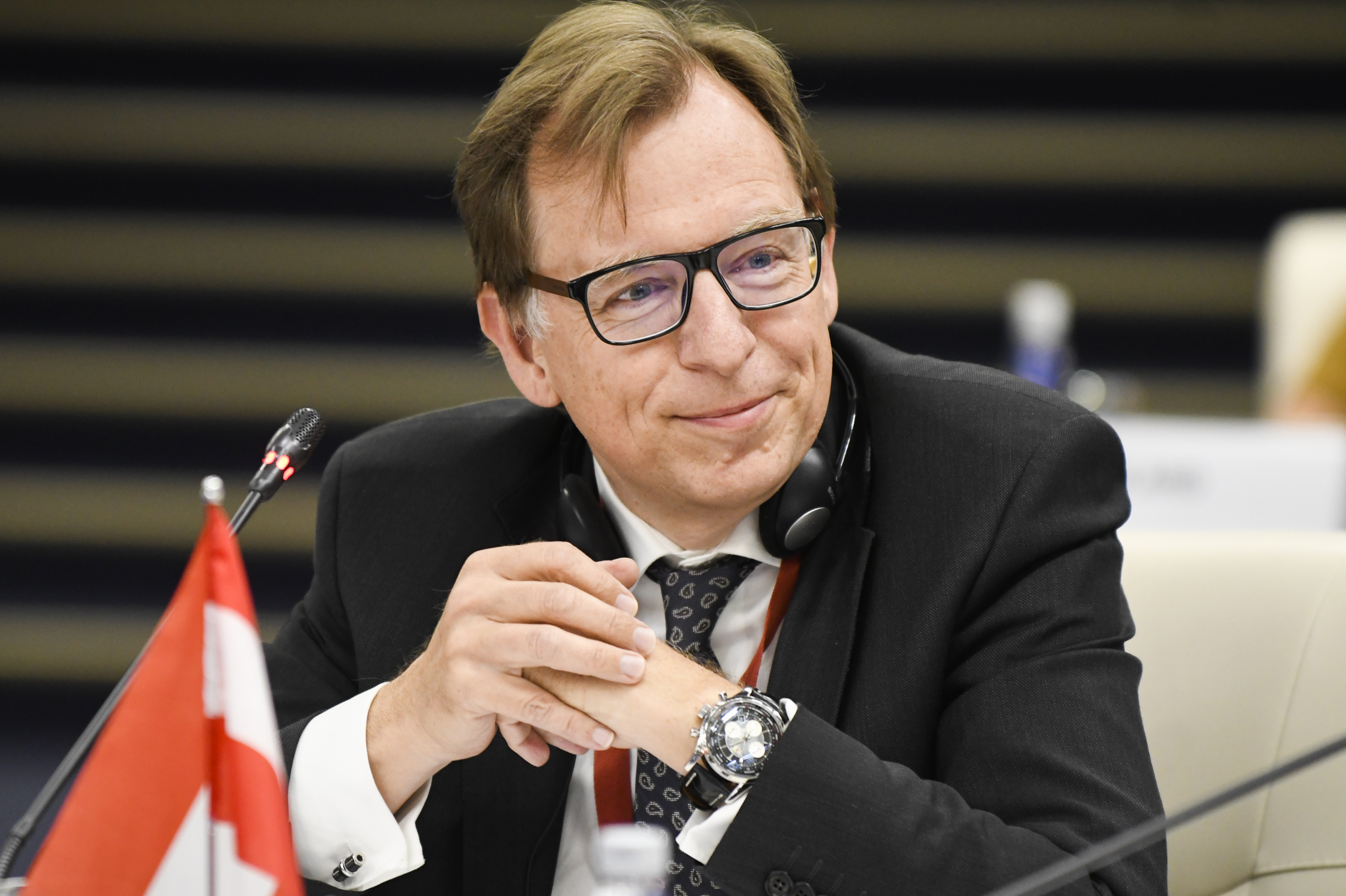 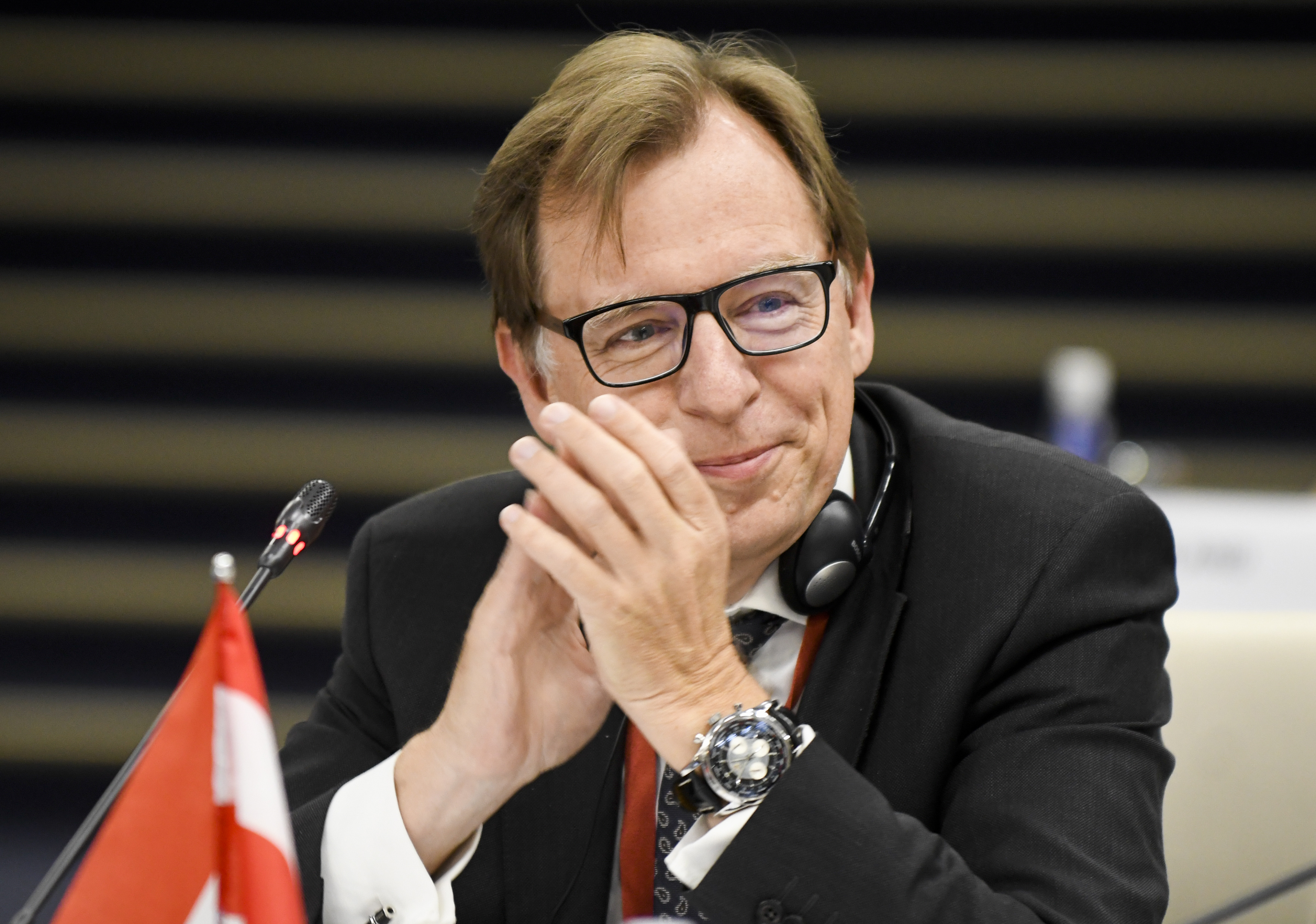 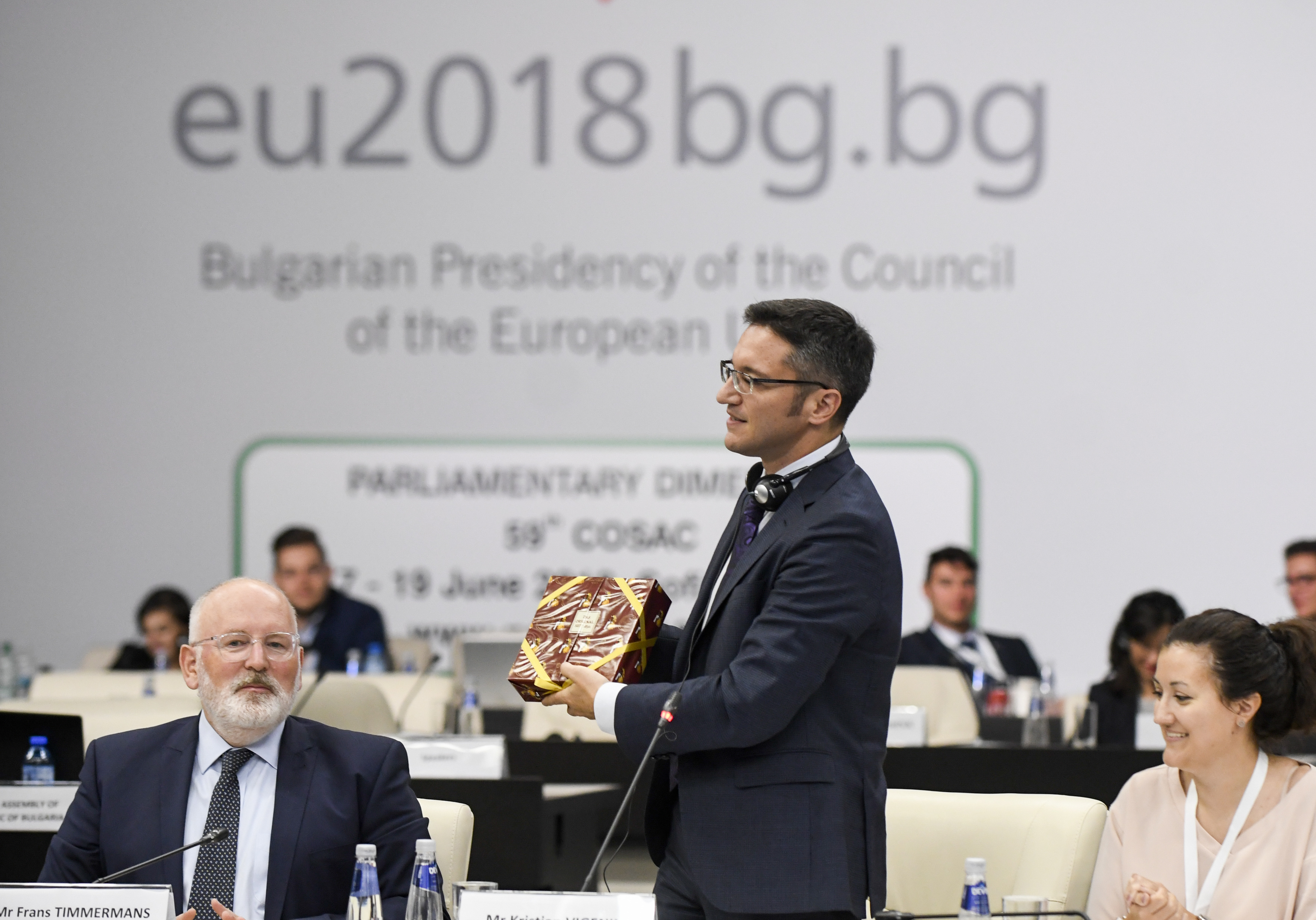 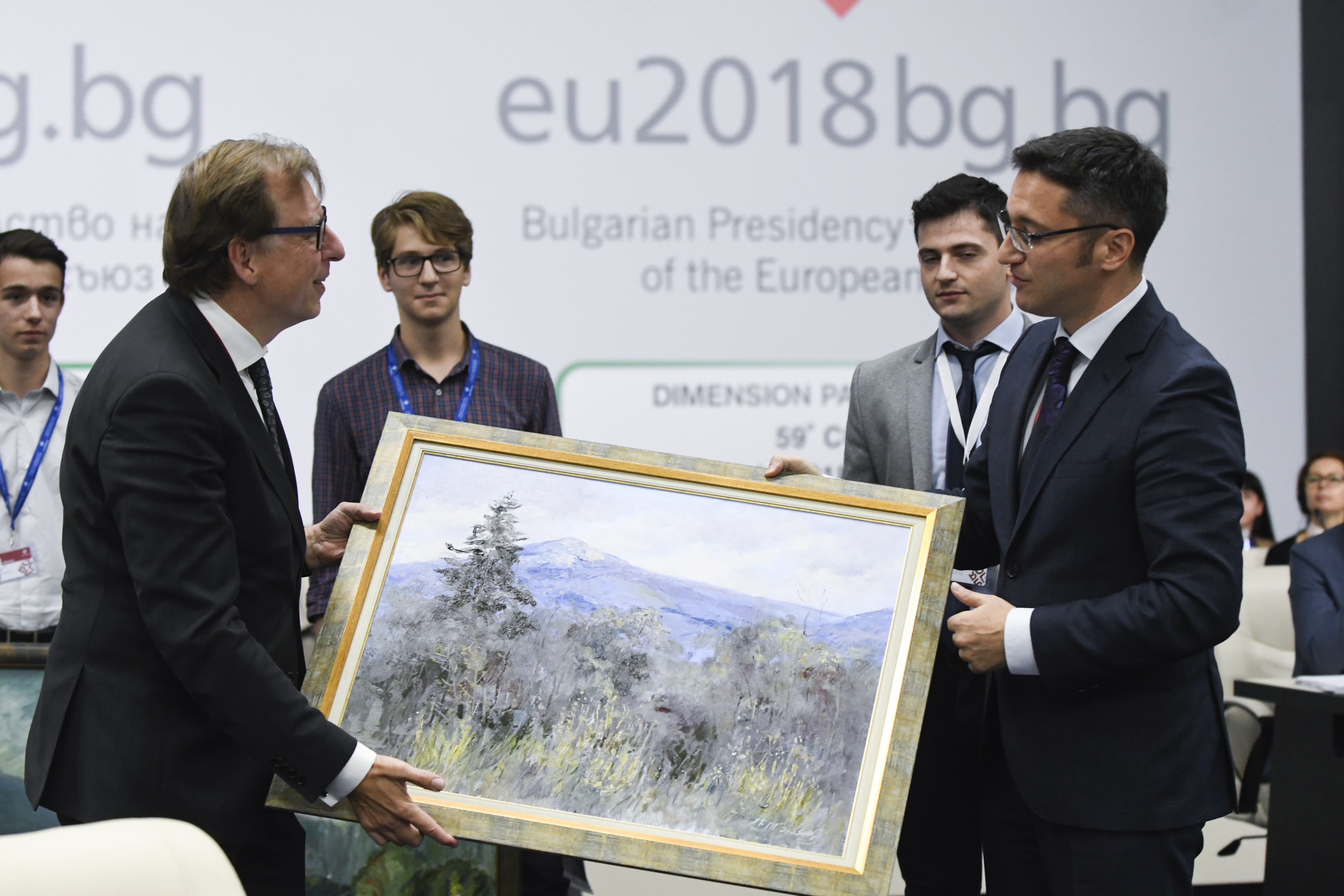 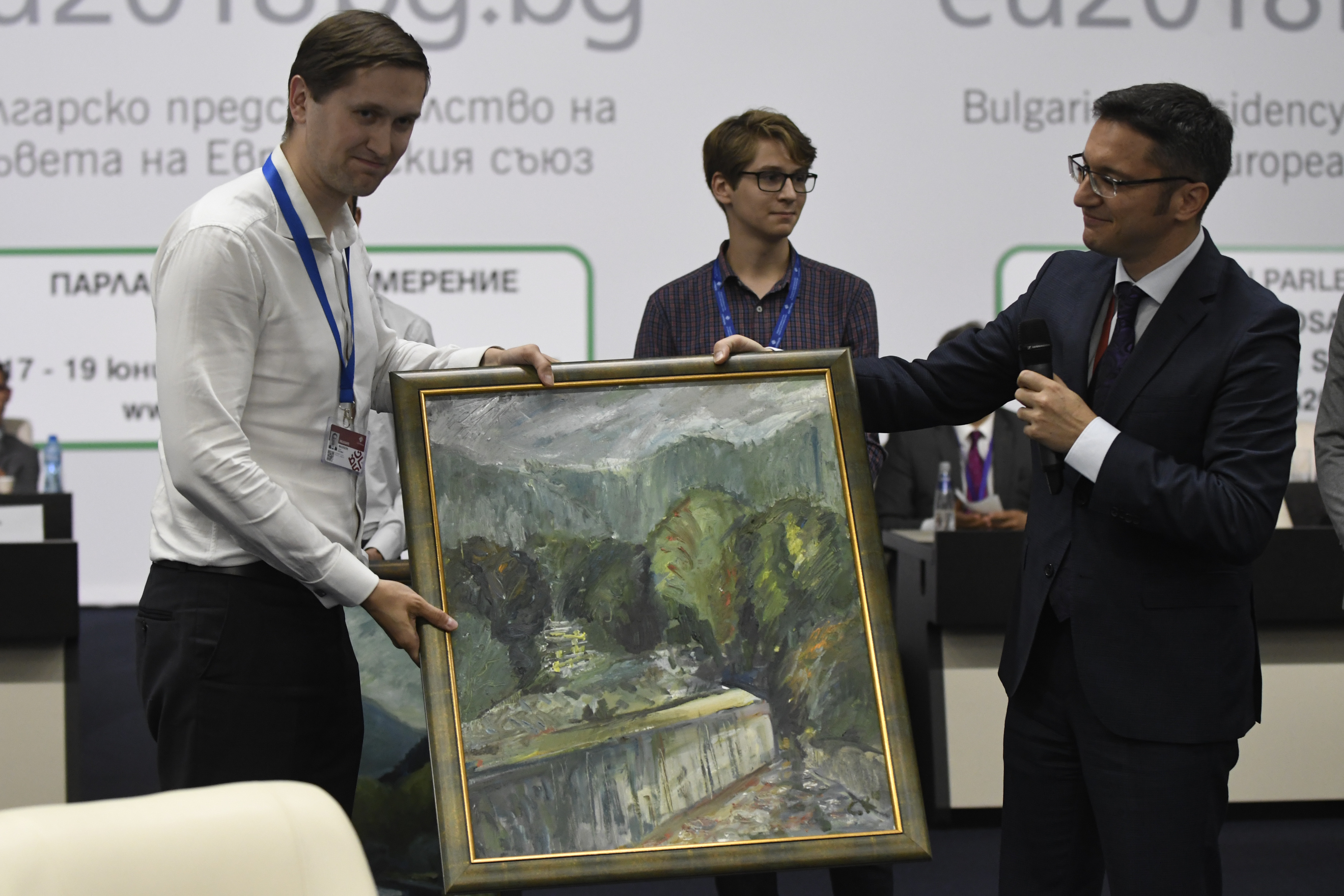 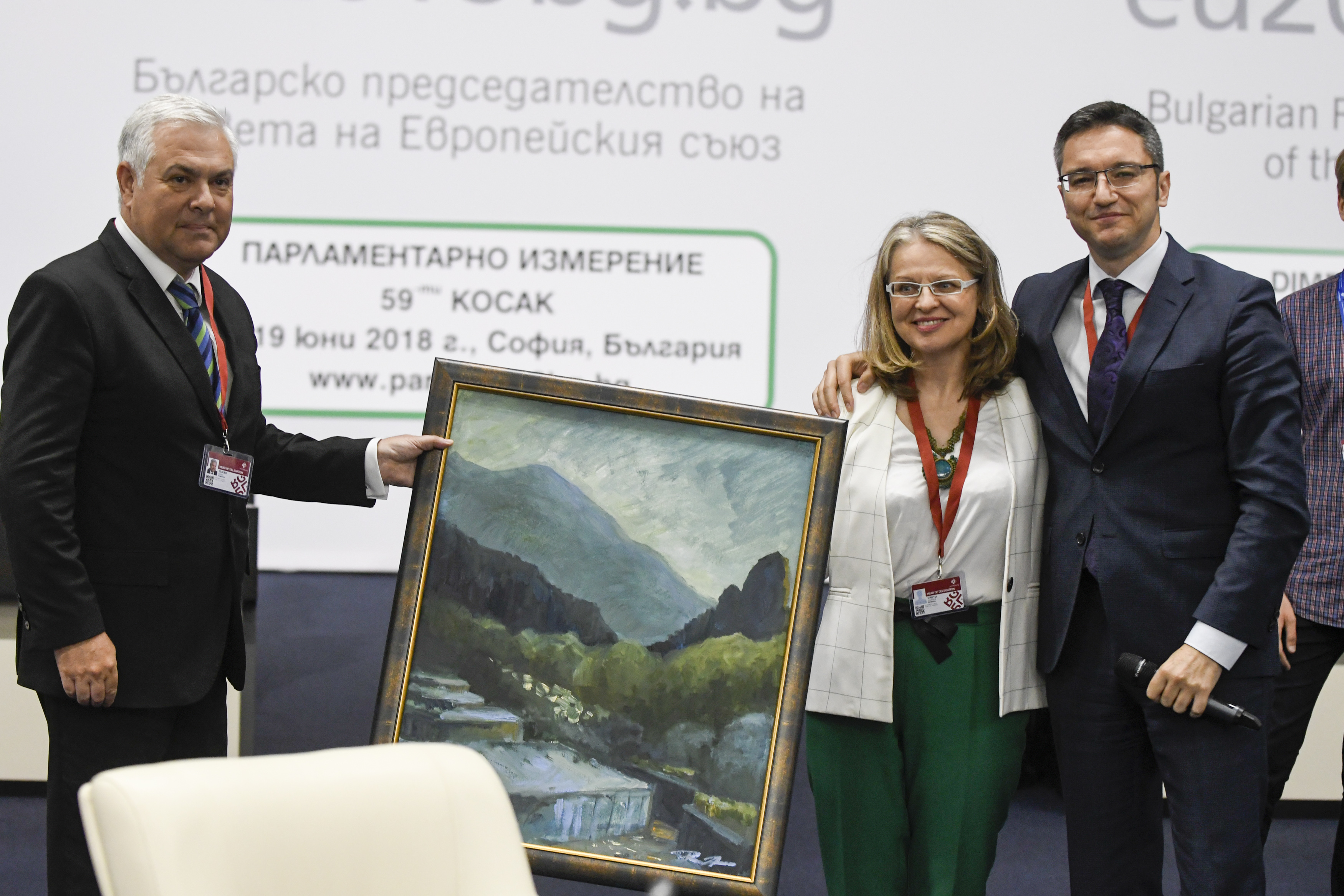 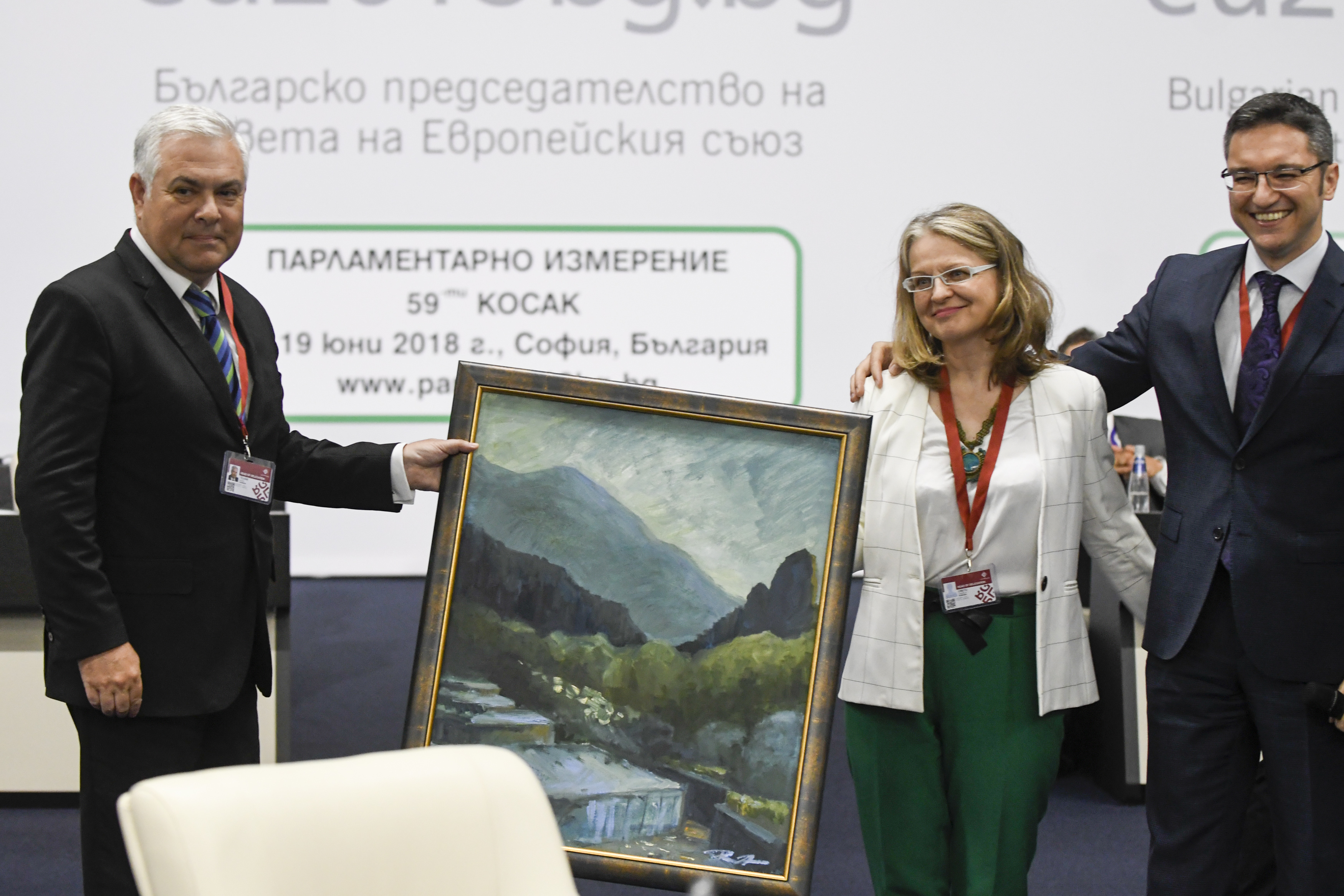 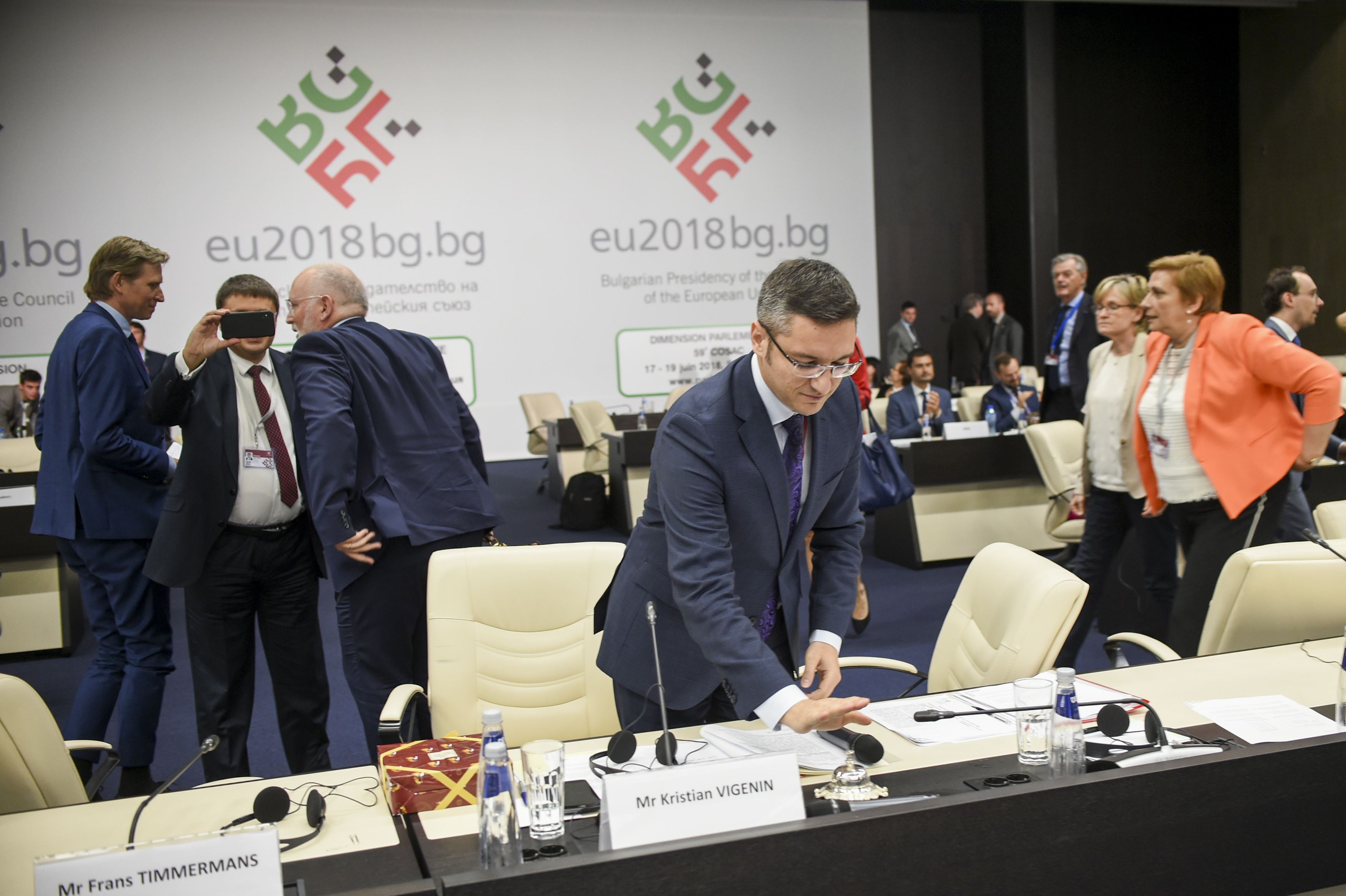 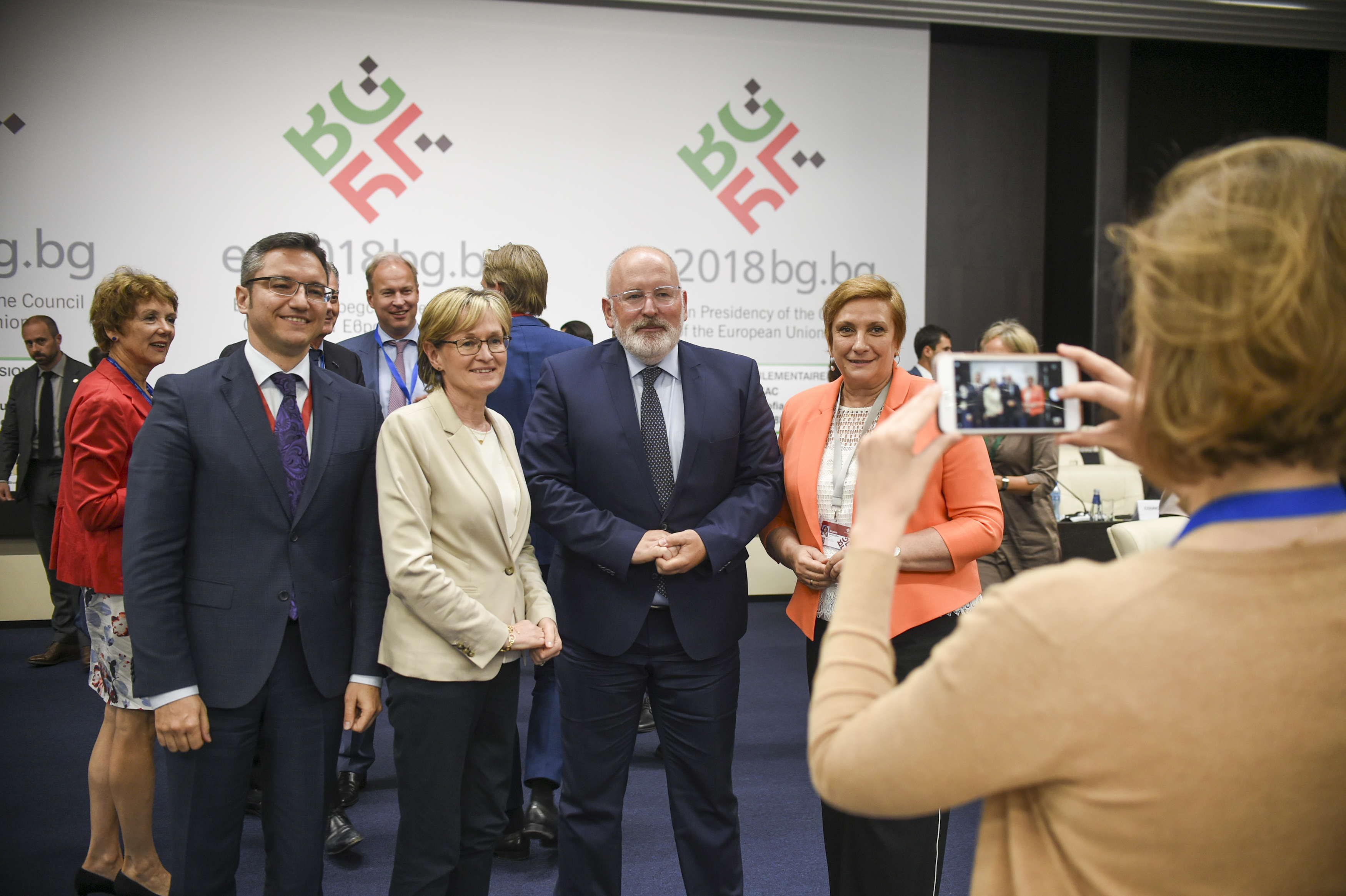 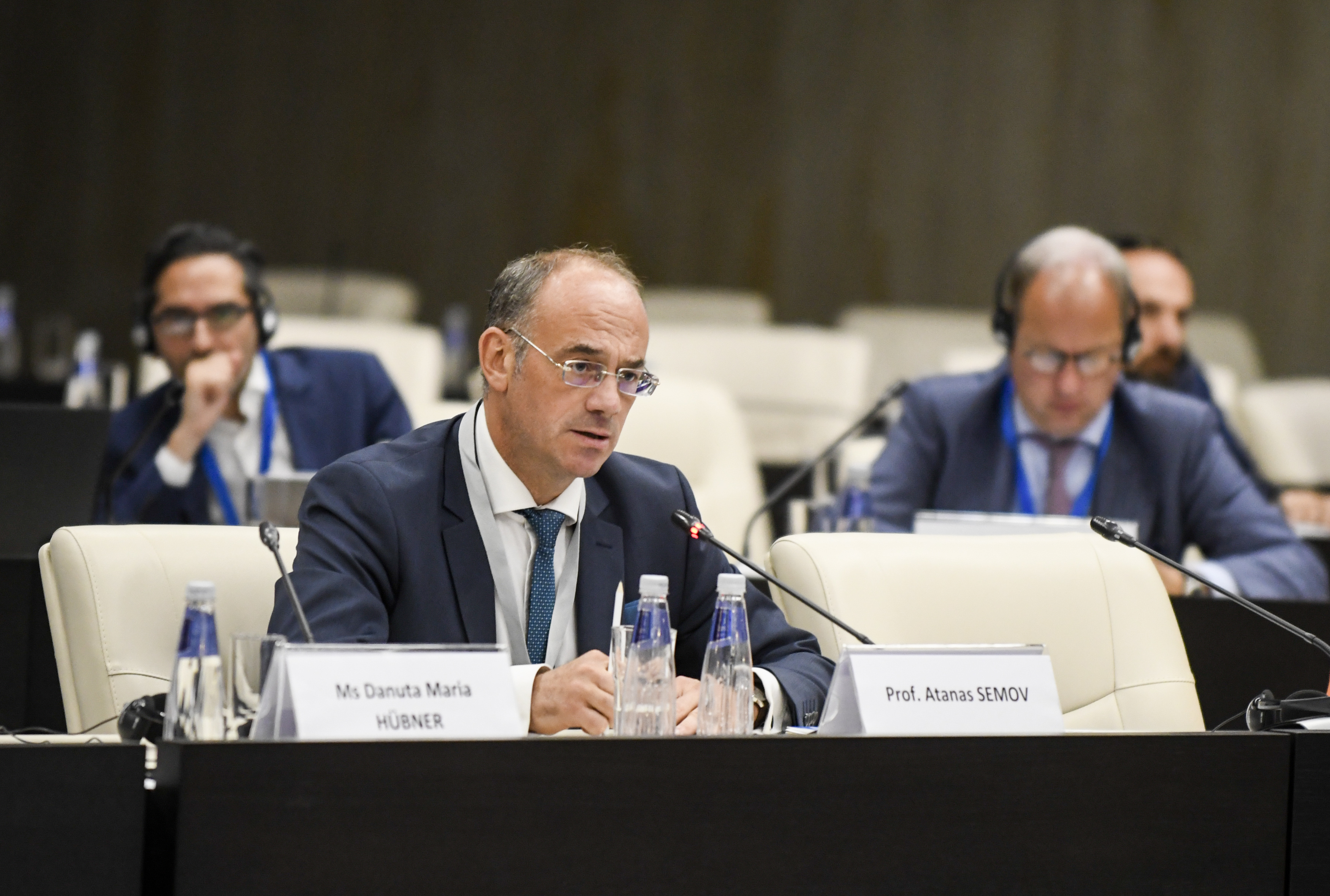